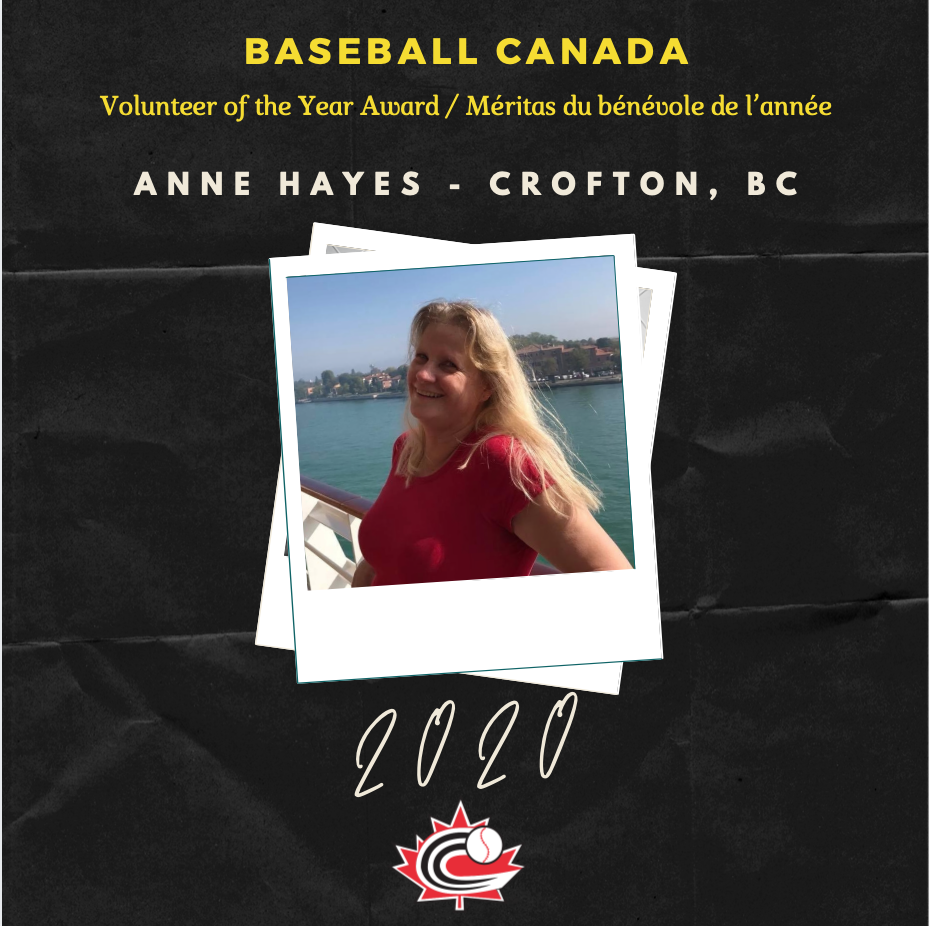 The Baseball Canada Volunteer of the Year Award was created in 2001 to recognize the contribution of the most dedicated, enthusiastic person who has devoted at least ten years of volunteering within their provincial association.

It took the extraordinary efforts of many to run some form of a baseball season in 2020 including those of Anne Hayes of Crofton, British Columbia who is Baseball Canada’s Volunteer of the Year for 2020.

In her role as division director Anne coordinated and created the interlocking schedule for 15U AA, 15U AAA, 18U AAA and 18U College Prep, divisions that include up to 20 teams from communities around the province including the Lower Mainland, Fraser Valley, Sunshine Coast, Vancouver Islands, Interior, and Northern BC.

With COVID-19 restrictions changing by the week schedules needed to be revised numerous times and teams' abilities to participate was constantly in a state of change. As local, regional and cohort play was introduced, schedules needed to be reworked from scratch. Anne took them on and delivered day after day, week after week, month after month. For example, the 15U AAA schedule had to be reworked no less than 10 times. Anne left no stone unturned in her drive to make baseball happen for our members.

On top of all that, Anne managed to keep member players, coaches, and volunteers up-to-date with insurance coverage and navigated the myriad of financial challenges in refunds and adjustment in affiliation fees. With a massive drop in youth sports participation Anne was also faced with the daunting task of navigating financial needs with little to no affiliation revenue. Her comprehensive knowledge of annual operations and projected needs allowed her to create a budget that was critical in delivering baseball to the youth of BC Minor Baseball.

It would be hard to imagine BC Minor Baseball and its 18,000+ members experiencing the quality of baseball proudly delivered year in and year out without Anne’s efforts. It can be confidently stated that without Anne Hayes’ work and dedication during the 2020 COVID-19 pandemic, there would not have been much, if any, organized competition for the players and families of BC Minor Baseball’s 52 member communities. The positive impact Anne has on the delivery of high-quality youth baseball in the Province of British Columbia cannot be overstated. 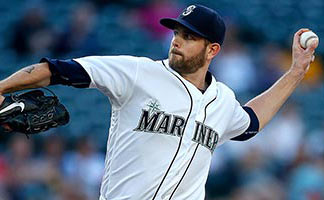